Q1W1: abnormal, adaptable, disquiet, feature, focus, grimace, mesmerize, perceive, prickly, task
Abnormal (adj) deviating from what is normal or usual, typically in a way that is undesirable or worrying.
“the illness is recognizable from the patient’s abnormal behavior”

Disquiet (n) a feeling of anxiety or worry.
“public disquiet about animal testing”

(v) make (someone) worried or uneasy.
“world leaders are surely disquieted by the prospect of a global economic meltdown”

Feature (n) a distinctive attribute or aspect of something.
“safety features like dual air bags”

a part of the face, such as the mouth or eyes, making a significant contribution to its overall appearance.
“a dark-haired man with strong, sharp features”

(v) have as a prominent attribute or aspect.
“the hotel features a large lounge, a sauna, and a coin-operated solarium

Focus (n) the center of interest or activity.
“this generation has made the environment a focus of attention”
(v) pay particular attention to; concentrate on
“the study will focus on a number of areas in Wales”

Grimace (n) an ugly, twisted expression on a person’s face, typically expressing disgust, pain, or wry amusement.
“she gave a grimace of pain”

(v) to make such a face
“I grimaced at the sight”
Mesmerize (v) hold the attention of (someone) to the exclusion of all else or so as to transfix them.
“she was mesmerized by the blue eyes that stared so intently into her own”

Perceive (v) become aware or conscious of (something); come to realize or understand.
“his mouth fell open as he perceived the truth”

interpret or look on (someone or something) in a particular way; regard as.
“if Guy does not perceive himself as disabled, nobody else should”

(of a person) ready to take offense.
“she came across as prickly and generally difficult”

Q1W2
there – (n, adv, pronoun) in or at that place, point, or stage
that place or position

their – (adj) of or relating to them or themselves

they’re – (contraction) they are

two (n, adj) being one more than one in number

too (adv) besides, also; to an excessive degree; very

to (prep) used as a function word to indicate direction, action, movement, proximity, purpose, or limit

we’re (contraction) we are

effect (n) something that inevitably follows an antecedent; a distinctive impression

Bias (n) prejudice in favor of or against one thing, person, or group compared with another, usually in a way considered to be unfair.
“there was evidence of bias against foreign applicants”

(V) cause to feel or show inclination or prejudice for or against someone or something.
“all too often, our recruitment processes are biased toward younger candidates”

Censorship (n) the suppression or prohibition of any parts of books, films, news, etc. that are considered obscene, politically unacceptable, or a threat to security.
“the regulation imposes censorship on all media”

Collaborate (v) work jointly on an activity, especially to produce or create something.
“he collaborated with a distinguished painter on the designs”

Integrity (n) the quality of being honest and having strong moral principles; moral uprightness.
“he is known to be a man of integrity”

the condition of being unified, unimpaired, or sound in construction.
“the structural integrity of the novel”

Journalism (n) the activity or profession of writing for newspapers, magazines, or news websites or preparing news to be broadcast
“the small town produced surprisingly thorough journalism”

Relevant (adj) closely connected or appropriate to what is being done or considered.
“what small companies need is relevant advice”

Skepticism (n) an attitude which doubts the truth of something.
“these claims were treated with skepticism”

Speculation (n) the forming of a theory or conjecture without firm evidence.
“there has been widespread speculation that he plans to quit”

Source (n) a place, person, or thing from which something comes or can be obtained.
“mackerel is a good source of fish oil”
a person who provides information.
“military sources announced a reduction in strategic nuclear weapons”
a book or document used to provide evidence in research.
“the student cited several sources in their report”

Vetted (v) past tense of vet
make a careful and critical examination of (something).
“all applicants will be thoroughly vetted”

Q1W4
brevity, (noun) concise and exact use of words in writing or speech.
“the staff will edit manuscripts with a view to brevity and clarity”

shortness of time.
“the brevity of human life”

cause, (noun) a person or thing that gives rise to an action, phenomenon, or condition.
“the cause of the accident is not clear”

reasonable grounds for doing, thinking, or feeling something.

“Faye’s condition had given no cause for concern”

(Verb) make (something, especially something bad) happen.
“this disease can cause blindness”

conclusive, (adjective) proving that something is true, or ending any doubt:
“They had conclusive evidence of her guilt.”

dialogue, (noun) conversation between two or more people as a feature of a book, play, or movie.
“the book consisted of a series of dialogues”

interpret, (verb) explain the meaning of (information, words, or actions).
“the evidence is difficult to interpret”

understand (an action, mood, or way of behaving) as having a particular meaning or significance.

“her self-confidence was often interpreted as brashness”

objective, (adjective) (of a person or their judgment) not influenced by personal feelings or opinions in considering and representing facts.
“historians try to be objective and impartial”

a thing aimed at or sought; a goal.
“the system has achieved its objective”

precision, (noun) the quality, condition, or fact of being exact and accurate.
“the deal was planned and executed with military precision”

subjective, (adjective) based on or influenced by personal feelings, tastes, or opinions.
“his views are highly subjective”

very harmful or unpleasant in a pervasive or insidious way.
“a toxic relationship”

viewpoint (noun) point of view; a particular attitude or way of considering a matter.
“I’m trying to get Matthew to change his viewpoint”

the position from which something or someone is observed.
“certain aspects are not visible from a single point of view”

(in fictional writing) the narrator’s position in relation to a story being told.
“this story is told from a child’s viewpoint”

Q1W5
Allusion – a reference to something else in a work of art (example: a sample in a song is an allusion to the song being sampled)
Couplet – a unit of poetry consisting of two lines
Imagery – the mental pictures brought on by descriptive language
Hyperbole – exaggeration used to make a point (example: I’m so hungry I could eat a horse)
Mood – the emotional quality evoked by a piece of art
Metaphor – a type of figurative language where something is described/compared by calling it something else (example: high school is a jungle)
Sonnet – a 14 line poem with a set rhythm and rhyme scheme
Stanza – a section of line in a poem, like a paragraph in poetry
Theme – the main idea or underlying concept in a work of art
Verse – another word for poetry

Q1W7
Q1W7 Vocab
Acknowledge (v) to admit to be real or true; recognize the existence, truth, or fact of something
Analyze (v) to examine the structure or constitution of something in order to explain and interpret it
Contradiction (n) the act of saying something opposite or very different in meaning from something else
Detention (n) state of being kept under restraint or in custody
Incarcerate (v) imprison or confine
Juvenile (adj, n) of, for, or relating to young people; a young person
Narrator (n) the person or character who tells the story or comments on events
Omniscient (adj) having complete or unlimited knowledge, awareness, or understanding; perceiving all things.
Reliable (adj) consistently good in quality or performance; able to be trusted
Suppress (v) restrain; forcibly put an end to; prevent the development, action, or expression of

Claim (v) state or assert that something is the case
(n) an assertion of the truth of something
Compose (v) write or create (a work of art, especially music or poetry)
constitute or make up (a whole).
“the system is composed of a group of machines”

Conclusion (n) the end or finish of an event or process.
“the conclusion of World War Two”
a judgment or decision reached by reasoning.
“each research group came to a similar conclusion”

Determine (v) figure out, typically as a result of study or research
“the point of our study was to determine what is true, not what is practicable”
cause (something) to occur in a particular way; be the decisive factor in.
“it will be her mental attitude that determines her future”

Elaborate (v) develop or present (a theory, policy, or system) in detail.
“the key idea of the book is expressed in the title and elaborated in the text”
(adj) involving many carefully arranged parts or details; detailed and complicated in design and planning.
“elaborate security precautions”

evidence (n) signs or indications of something.
“there was no obvious evidence of a break-in”

inform (v) give (someone) facts or information; tell.
“he wrote to her, informing her of the situation”

value (n) a person’s principles or standards of behavior; one’s judgment of what is important in life.
“they internalize their parents’ rules and values”
the importance, worth, or usefulness of something.
“your support is of great value”
(v) consider (someone or something) to be important or beneficial; have a high opinion of.
“she had come to value her privacy and independence” 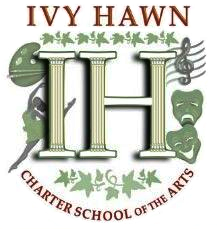